ADHD Life can be Scripted by Ignorance

Ignorance is No Excuse! 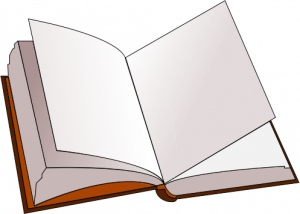 Following the law in the United States requires knowledge, not intuition. If you don’t know the law, it’s no excuse if you break it. When I was in Catholic school, a nun became angry when I broke a rule of hers. It didn’t matter that I didn’t know about the rule. Naivete was no excuse. She wanted me to backtrack my behavior and behave appropriately in order to make her happy. That was going too far. I can only twist so much. My ignorance was no excuse to the law that was broken. But that did not excuse her behavior.

When My Real Life Began

The kind of ignorance that I refer to is a lack of knowledge. My personal story is written throughout my blogging. I choose to be transparent in my mistakes and in my life experiences living with both diagnosed and undiagnosed ADHD. This is a decision made to share the joys and sorrows of life coming out the other side of ignorance. I definitely prefer the diagnosed and educated life. It is with knowledge that I was set free, similar to the saying – ‘Free at last, free at last!’ With my diagnosis I was free at last!

Whose Book Are You Reading?

As you know, humans don’t come with a book. Generation by generation we recreate the wheel, as it were, and with luck we have an elder to teach us what another elder taught them so life isn’t so difficult. I have a typical American family of the 1960’s. We left our birth city and a semblance of supportive family who might have helped us if we stayed. In a new city, we had no support system. There was noone to light the way and open the book on ADHD-like behavior and how to manage it. My guidance was to ‘get over it,’ ‘just do better,’ certainly to ‘try harder,’ and my favorite was to ‘stop being so sensitive,’ not to mention ‘pay attention!’ These admonishments were not meaningful to a little girl who had no idea why she was spanked and yelled at. I was not alone. Surely my two sisters have their stories to share. What is your story?

You Can Write a New Script

Like me, you can write a new script to your life story. You can write in characters who are nice and loving and ignore people who continue to live the old script. You can change many of the facts of your new life. You can heal the stories that hurt. And you can and must learn about your brain and ADHD. Otherwise you are simply drifting in an ocean current that takes you on someone else’s journey. Did you see the movie Life of Pi? He rewrote his story drifting on a raft and in the end he was transformed.

Ten years ago you could not have convinced me that my story would end well. But now it just keeps getting better. I am transformed with support. I have peripheral apps (people) to call and consult with me. I have had coaches, life coaches and ADHD coaches. I have children who love me and forgive me and exalt me. They encourage me, thank me, and consult with me. They are the real, full deal. I have had counselors and therapists for some healing. I have friends. I have neighbors. I have dogs. I have an entire community of professional friends from around the world who hold me accountable to be all that I can be. I have teachers from age 7 to 87 to inspire me.

ADHD Coaching is one spoke on the wheel of life with ADHD. There is a way for you to live with it. Call Maureen at 404-713-0488 for conversations to unearth your talent, wisdom, desires, and skills. Tell me your old story and begin to rewrite it. You have everything you need already. Sometimes it takes an outsider to see the real you. I have an intuition you can email me for an appointment at maureen@maureen-clone.mystagingwebsite.com.